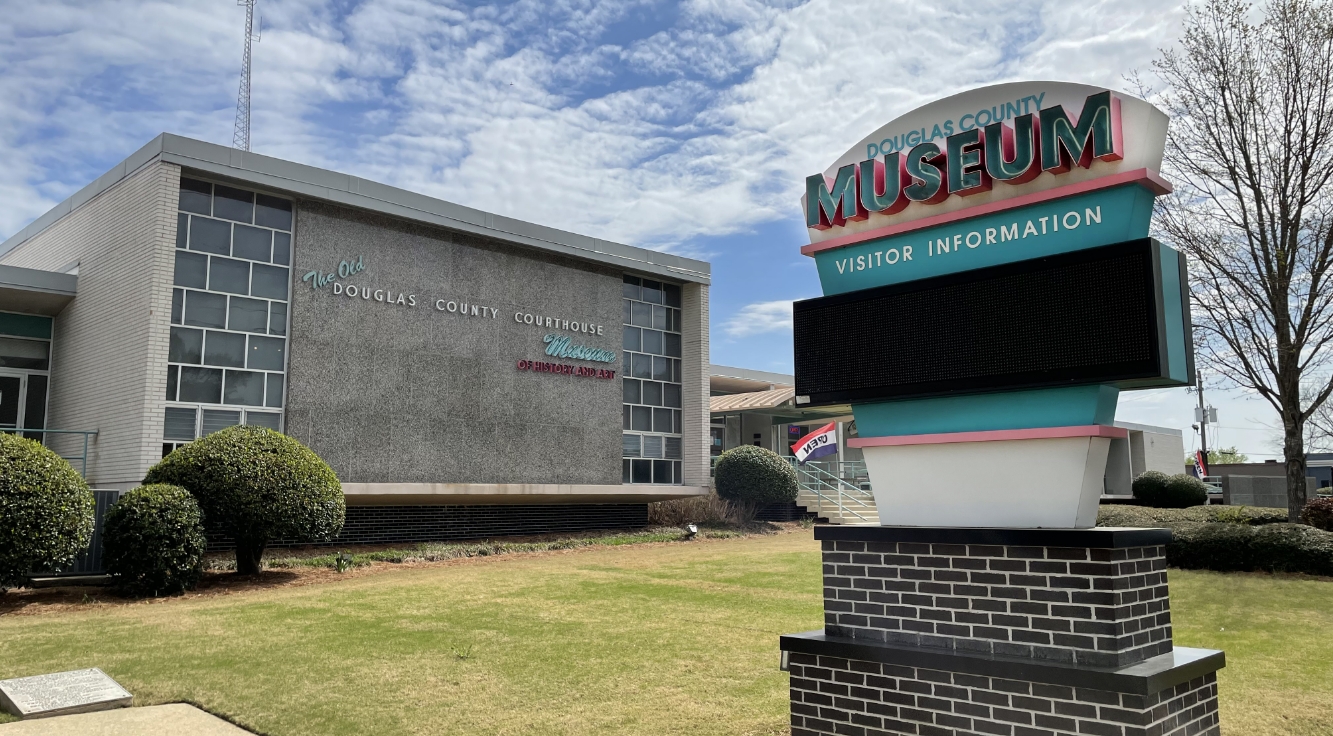 This location is uniquely preserved with a specific mid-century look. The lobby was used as a bus station in Season 2, Episode 7 of Stranger Things, and was also used in The Founder, the movie about McDonald’s franchise founder Ray Kroc.

Built in 1956, the building that is now the Museum appears at some angles to be a one-story building, but actually is a two-story structure banked into a hillside. The Museum delights with memorabilia firmly preserved from 1956, in a rotation with private collections and other mid-20th Century themed collections, as well as a Douglas County Heritage exhibit. As part of the collection, the Museum maintains a database of every filming production in Douglas County.